Even though modern HIV therapy reduces HIV replication to undetectable levels, the virus almost always rebounds when therapy is stopped. The rebound comes from a reservoir of virus integrated into the genome of T-cells, which can start to produce virus even decades after the virus integrated.  How this reservoir is maintained has been the subject of intensive research. Most studies point towards long lived T-cell lineages that carry integrated virus, while other studies claim that low level replication of HIV maintains and reseed the reservoir. Together with the group of Jan Albert at the Karolinska Institute, we now show that the long term dynamics of the HIV DNA reservoir is perfectly compatible with long lived T-cell lineages, while we find no evidence of ongoing replication.

What is unique about our study?

We obtained sequences of HIV integrated into host cell genomes from 10 patients 3-18 years after they started successful therapy. These samples came from the same patients that participated in our earlier longitudinal study of intra-patient evolution. In this study we performed whole genome deep sequencing of several samples from early infection up until start of therapy. We hence know exactly what variants were circulating in these patients before they started fully suppressive ART. This enables us to determine the most likely ancestors of the sequences found in the reservoir, date their establishment, and determine whether sequences changed since start of therapy. 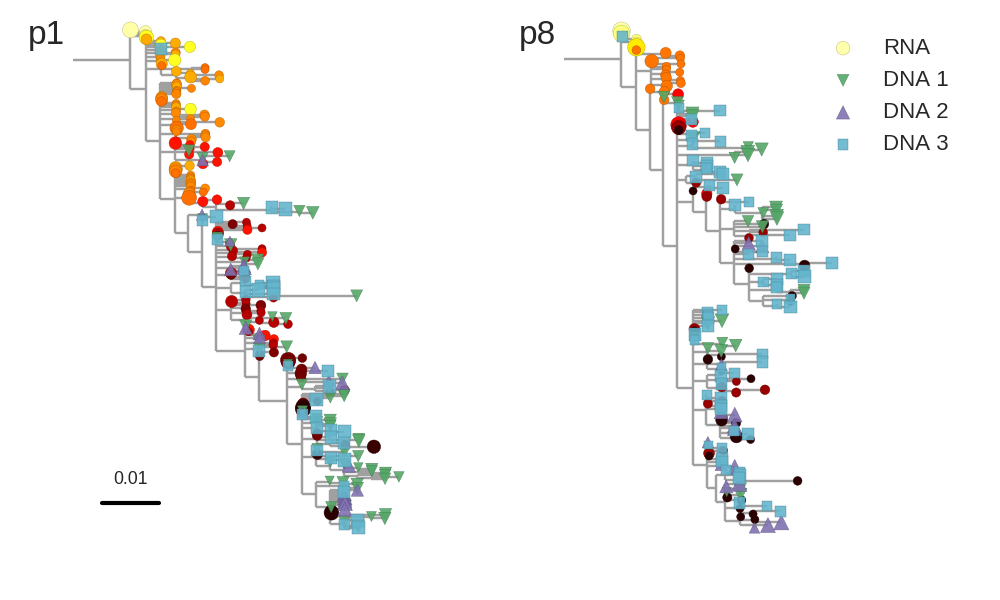 Overwhelmingly, we find that sequences from the DNA reservoir are very similar to sequences of replicating viruses observed in RNA samples right before the onset of therapy, sometimes up to 18 years earlier. The DNA sequences from the reservoir contain much of the diversity virus population before treatment, as evidenced by the joint phylogenetic trees of RNA and DNA samples.

No evidence of evolution in the reservoir

A quantitative analysis of virus sequences before and after start of therapy shows very clearly that sequences obtained from the HIV DNA reservoir have not undergone any significant replication or evolution. The figure below shows genetic distances of samples relative to the sequences observed right before start of treatment: 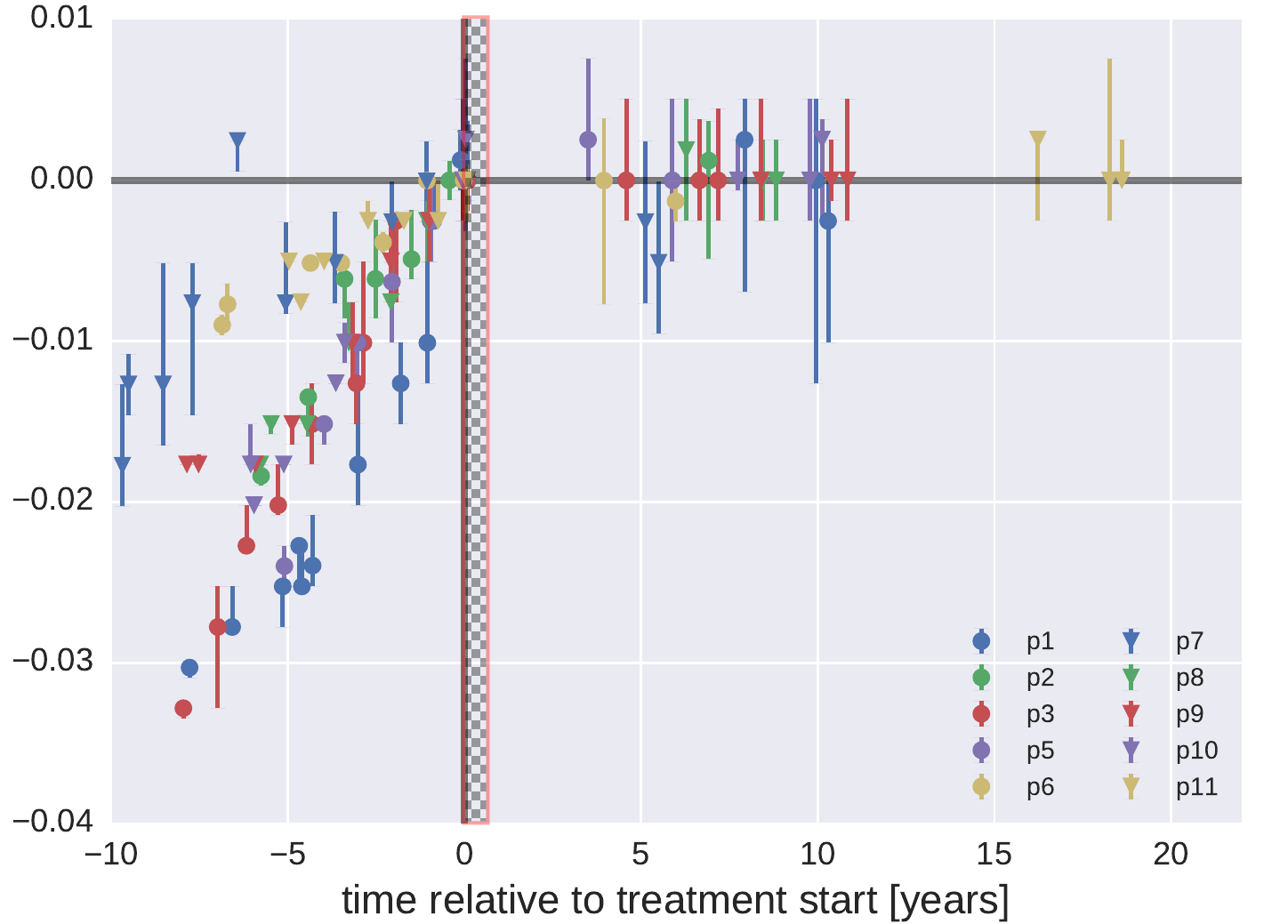 While evolution is fast and steady before treatment, no consistent change is observed after start of treatment.

Why do others see evolution in the HIV-1 DNA reservoir?

They probably don't. Data by Lorenzo-Redondo et al come from a 6 month period following start of treatment (the checkered area in the figure above). During this brief time window, they claim to observe evolution at a rate of 1% per year -- about 5 fold faster than without treatment. Lorenzo-Redondo et al have samples from lymphoid tissue in addition to PMBCs (white blood cells, our samples are also PBMCs). However, they find rapid migration between these tissues such that the restriction of our study to PBMCs is unlikely to explain the discordant findings.

One possible explanation (besides noise and artefacts do to hypermutation screening and 454 sequencing), could be the changing age distribution of cells latently carrying HIV genomes. Right after start of therapy, these cells will be dominated by short lived cells that got recently infected. After 3 and 6 month (the time points of their samples), the reservoir might get dominated by older cells that contain viral genomes from further back in the past. Without a dense history of the replicating HIV population prior to therapy, the effect of sampling deeper into the past cannot be distinguished from forward evolution. That said, we don't see a strong effect in this direction and the DNA reservoir is dominated by RNA sequences that circulated right before the start of treatment, even 15 years later.

Do our findings rule out replication?

No. We show that HIV sequences obtained from PBMCs derive from virus populations before start of treatment. We can't rule out that (i) a tiny minority does change but is so rare that we don't observe it, or (ii) that replication happens in compartments that don't contribute to the DNA reservoir accessible through PBMCs. To our knowledge to credible evidence exists in favor of replication, but we can't rule it out.