We will first consider simple systems with only a single variable. Generically, we can write them as $$ \frac{dx(t)}{dt} = f(x) $$ where the function \(f(x)\) determines the temporal derivative at different values of \(x\) (we will assume this function is a constant, i.e., that our system is invariant to translations in time). 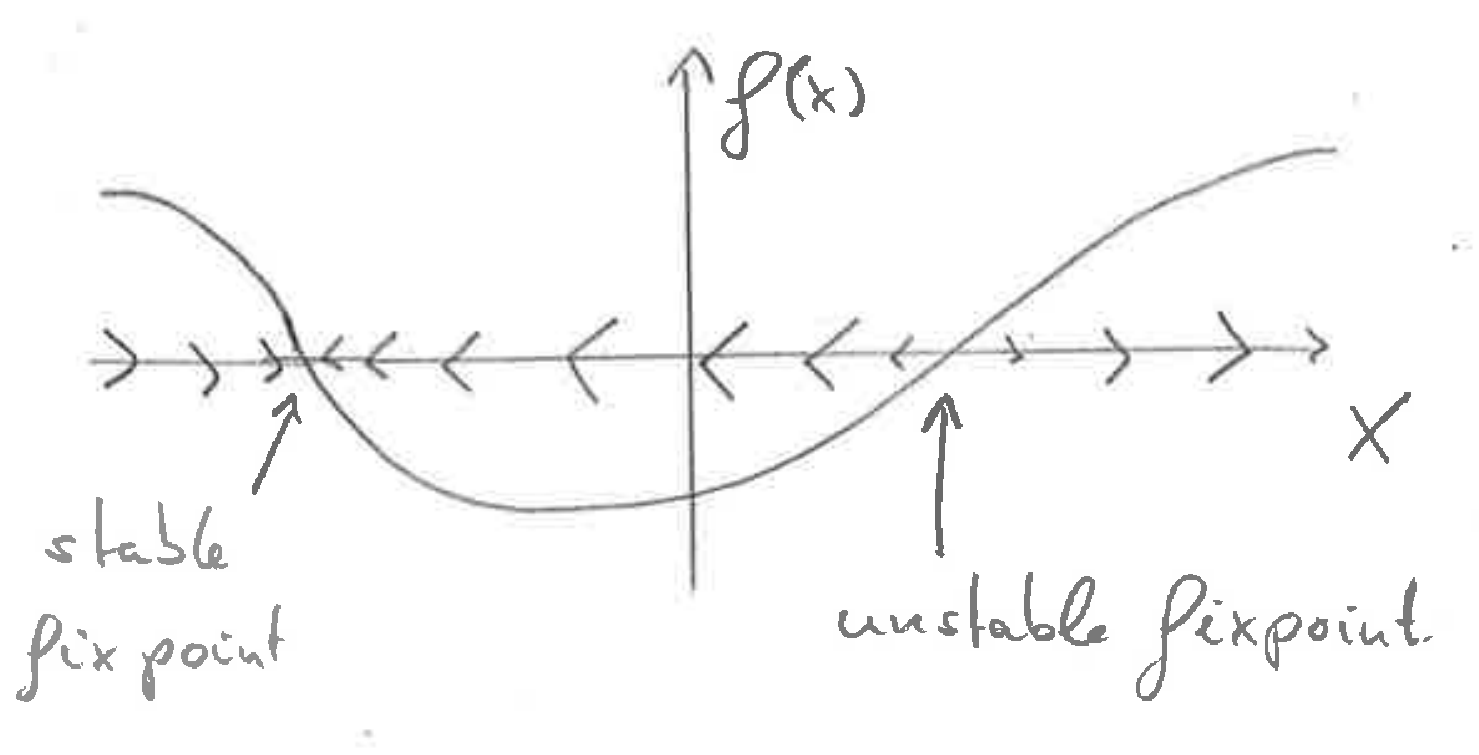 Zero-crossings of \(f(x)\) delineate regions in \(x\) where \(x\) is increasing and decreasing. The zero-crossing themselves are so called fixpoints of the system. Fixpoints can be stable or unstable depending on whether small perturbations around the fixpoint decay or grow. As is geometrically evident, \(\frac{df(x)}{dx}<0\) at the fixpoint corresponds to stable fixpoints, \(\frac{df(x)}{dx}>0\) corresponds to unstable fixpoints.

Typically a dynamical system will depend on a number of parameters and the behavior of the system changes as these parameters are varied. Depending on how the parameters affect the properties of \(f(x)\), different things happen. 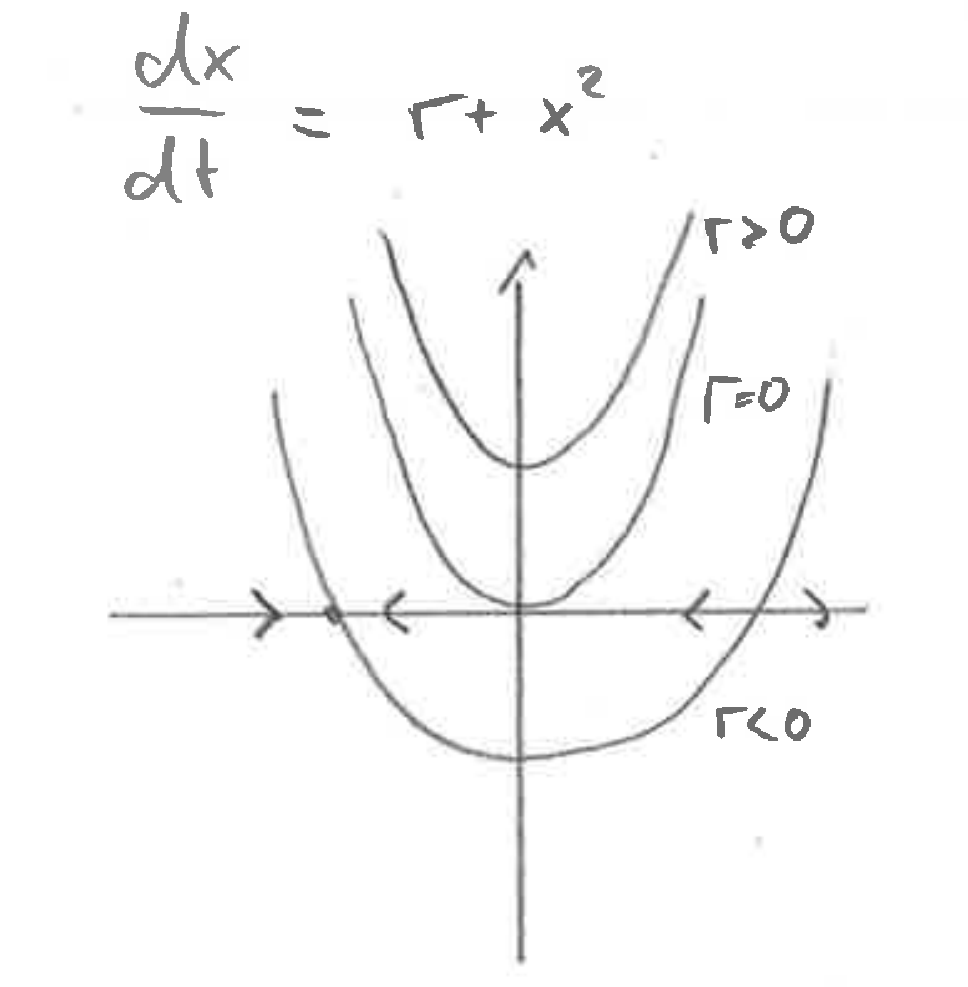 This bifurcation is called a saddle node bifurcation (for reasons that are really only obvious in higher dimensions). But there is a general pattern: fixpoints appear in stable/unstable pairs.

One dimensional systems are very restricted in what they can do. The can only flow into a fixpoint or run of to infinity. Oscillations are impossible. Two dimensional systems, by contrast are much richer but still sufficiently constrained that a number of general things can be said about them. 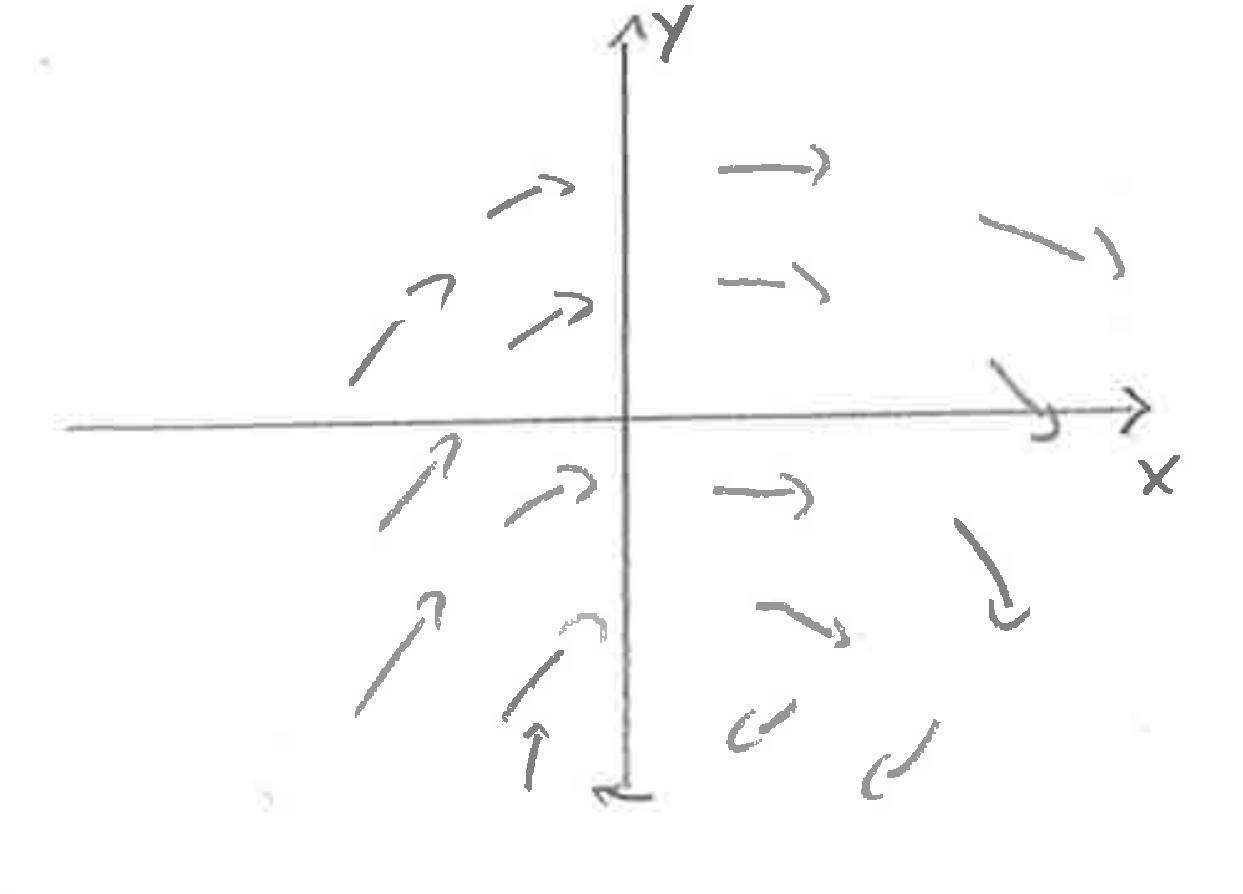 To get a rough picture of the phase plan of a two dimensional system, it is instructive to look at its nullclines. Null clines are lines in the \(x-y\) plane along which either \(f(x,y)=0\) or \(g(x,y)=0\). The intersection of nullclines are fixpoints. On a nullcline, the dynamics of the system is either completely horizontal of vertical in the phase plane. Furthermore, nullclines separate regions in phase space where \(x,y\) are increasing or decreasing. Faced with analyzing a dynamical system, it is always advisable to draw (or even just sketch) the nullclines.